England hooker Josh Hodgson will miss Saturday’s World Cup final against Australia with a knee ligament injury. The 28-year-old sustained the injury in England’s dramatic 20-18 win over Tonga in the semi-finals. 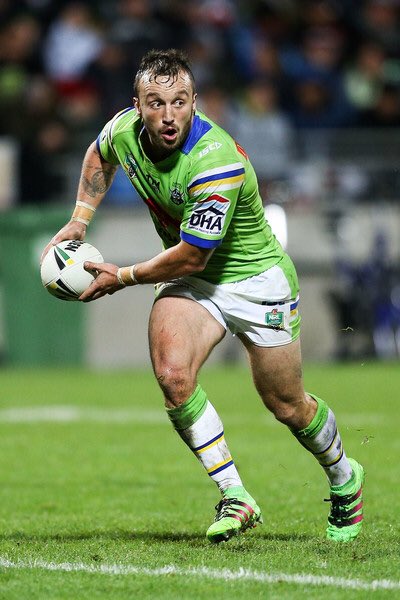 A scan on Sunday showed Hodgson has an anterior cruciate ligament injury and is almost certain to miss the start of the NRL season with Canberra Raiders.

“Hodgson will now return to Canberra for a specialist review with a view to operate,” said an England spokesman.

The former Hull KR captain has started four of England’s five matches at the World Cup. He limped off after 23 minutes of the victory over Tonga at Auckland’s Mount Smart Stadium on Saturday and failed to return.

James Roby, who started on the bench against Tonga, won his 30th cap as a replacement for Hodgson and the St Helens man claimed he is ready to step into a starting role.

With no other specialist hooker in his 24-man squad, England head coach Wayne Bennett may call on the versatile Stefan Ratchford or half-back George Williams to provide back-up against the Kangaroos – though Roby says he is ready to play a full game if needed.

England have yet to provide an update on captain Sean O’Loughlin, who is also a fitness doubt after picking up a thigh strain against Tonga.

Hodgson began his career at amateur side East Hull ARLFC, and followed in his father’s footsteps by signing professionally for Hull F.C. Hodgson represented England at Under 17’s and 18’s level, and progressed through the club’s academy ranks to make his Super League début in 2009.

Hodgson enjoyed a breakthrough season in 2016 as he led the Raiders to a top two finish, the first for the club since the 1995 ARL season. Hodgson would record twenty-six appearances and be a favourite for the Daly M Medal.